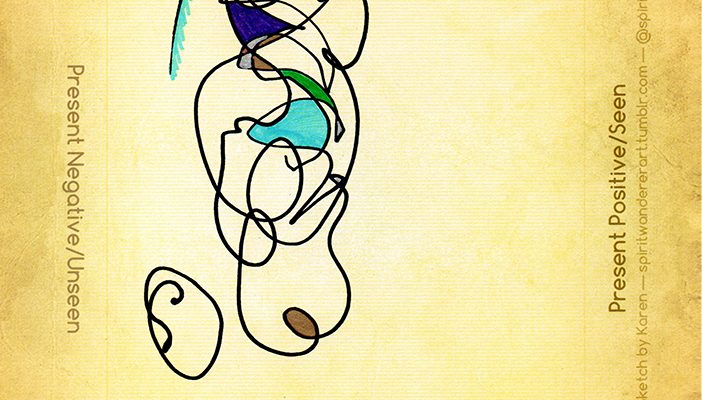 The overall theme of this reading: The new spirit realm/dimension wave is coming/has started to arrive. Its pathway is being meticulously cleared for its arrival in some places, and in others cracks to it will appear unsuspectingly in mundane places, such as in the middle of a walkway.

Some creatures that are now entering this realm/dimension are doing so because their original home has collapsed and things have changed far beyond their recognition. Others have prepared for their entry by gaining knowledge from other entities. However, the information they have obtained may be hit and miss in its accuracy of how humans will behave when they meet them from the bias of the entity they got the information from.

The spirit that came through to assist with this reading was my other spirit daughter Hazel. This was special as she lives in a higher frequency so it was nice to connect. 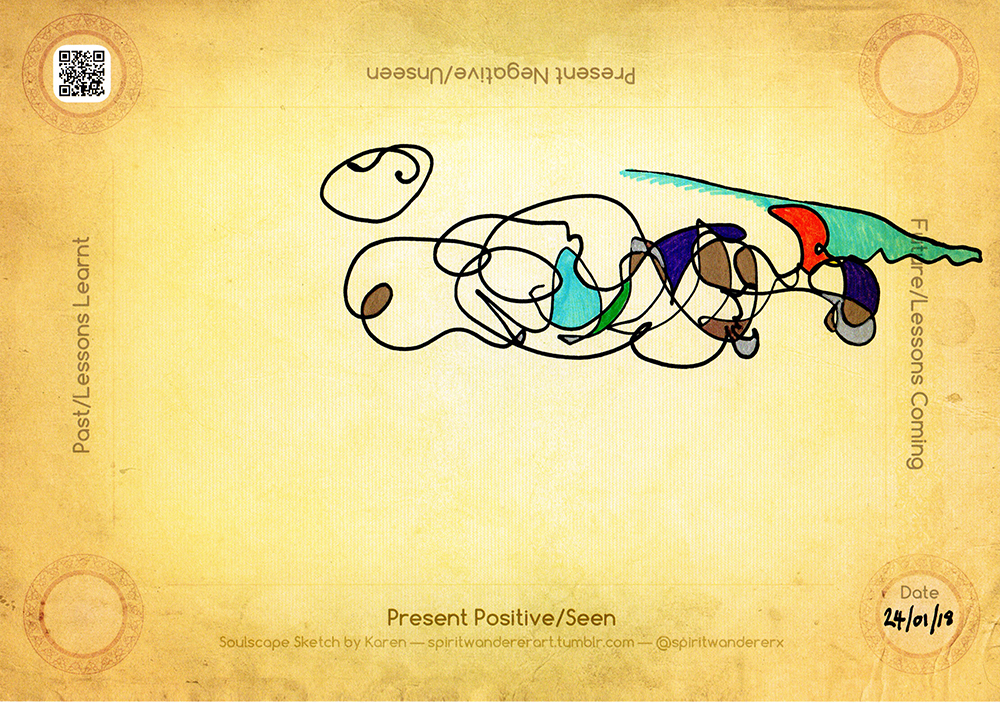 In this image I saw the picture of a line of entities that are appearing just ahead of the tidal pathway of the flow of the spirit coming onto the land. It almost looks like this group is doing a beach litter pick sweep like activity to clear away any last remaining debris to make space for this tidal way. 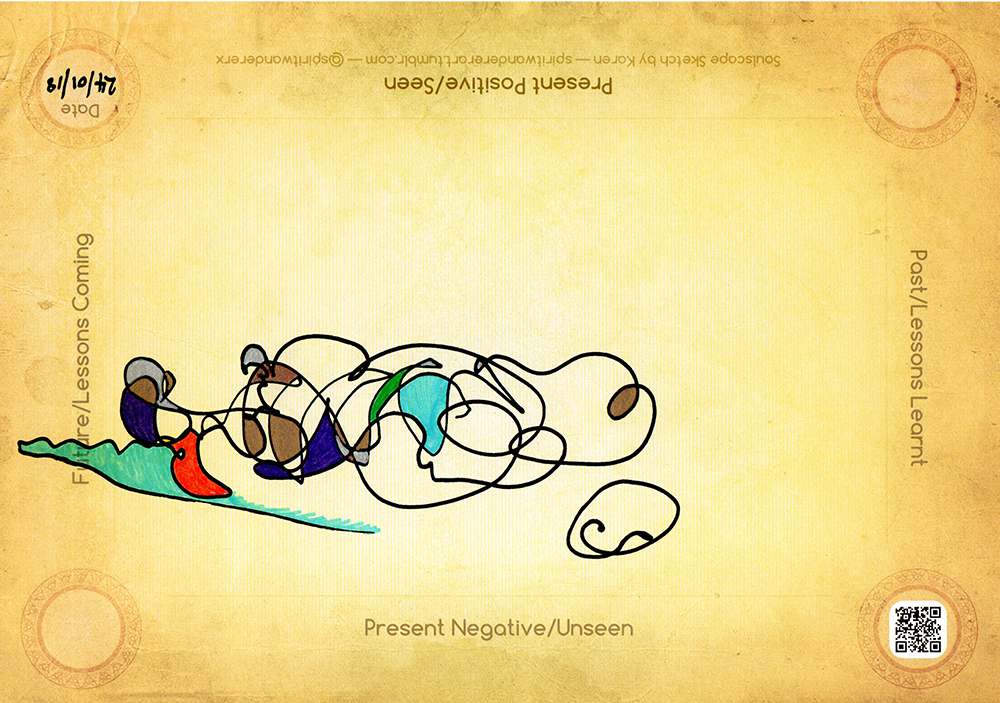 In this image I saw the picture of a two bird/turkey like entities (on the left with silver and gold heads). One of these birds (with a gold head and silver neck) is standing on an orange platform that leads into the spirit water. This bird is being held from falling in the water by the other bird (silver head and gold neck) holding onto them by a cord. The bird with the silver head opens its mouth in shock at the what it considers the reckless action of its companion. Behind these two birds/turkeys appears to be their home that has collapsed (a tent that looks to have been like a castle with flags when it was upright). Also near this collapsed tent is a mask.

Things that once seem sturdy and impressive are now collapsing and showing up as flimsy and insubstantial without the support they once had. Masks worn to hide true feelings and emotions are now being discarded as people move through the realms/dimensions. However, there are some entities still fearful of moving through to the new realm/dimension. Even though everything they once knew is collapsing around them and they are being surrounded by discarded items that can’t be used in the new realm/dimension. 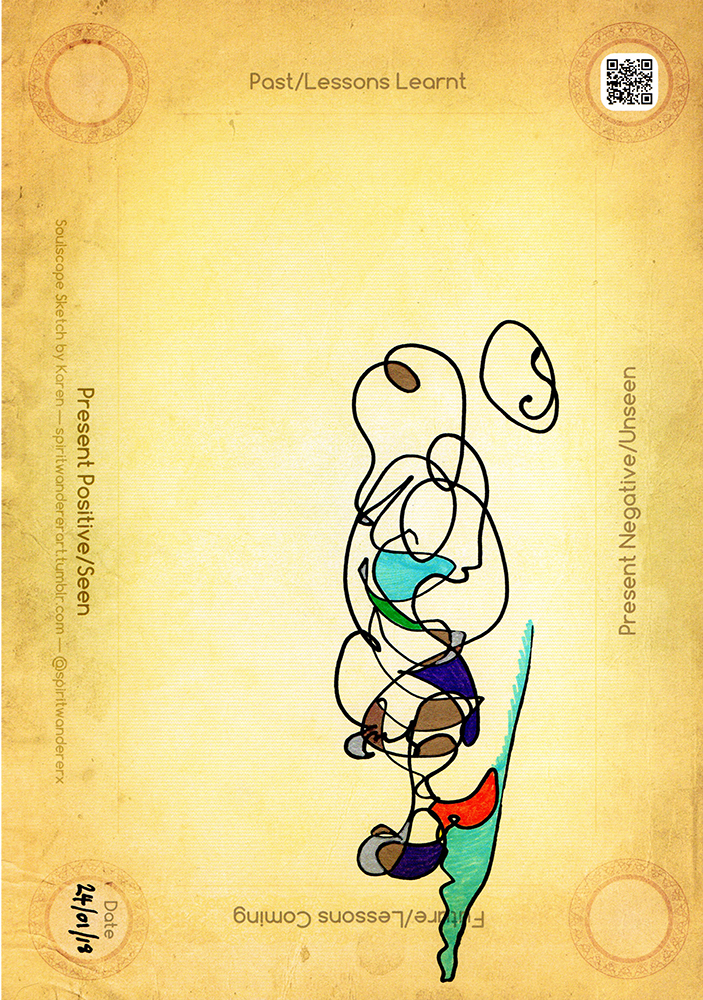 In this image I saw the picture of a figure that was looking ahead, and their spirit guide who was looking behind (so a fuller area was looked over). However, neither of them were aware of the crack that was opening up below the main figure’s feet. Although the spirit realm could be sensed (spirit blue nose), it was not considered that this gateway to spirit would appear in anywhere quite so mundane as under foot!

The signs of the new spirit realm/dimension portals were looked out for by those in the know that they were appearing. However, because a grand lofty spectacle was expected, portals in mundane places (such as underfoot on a walkway) were not considered until tripped over. 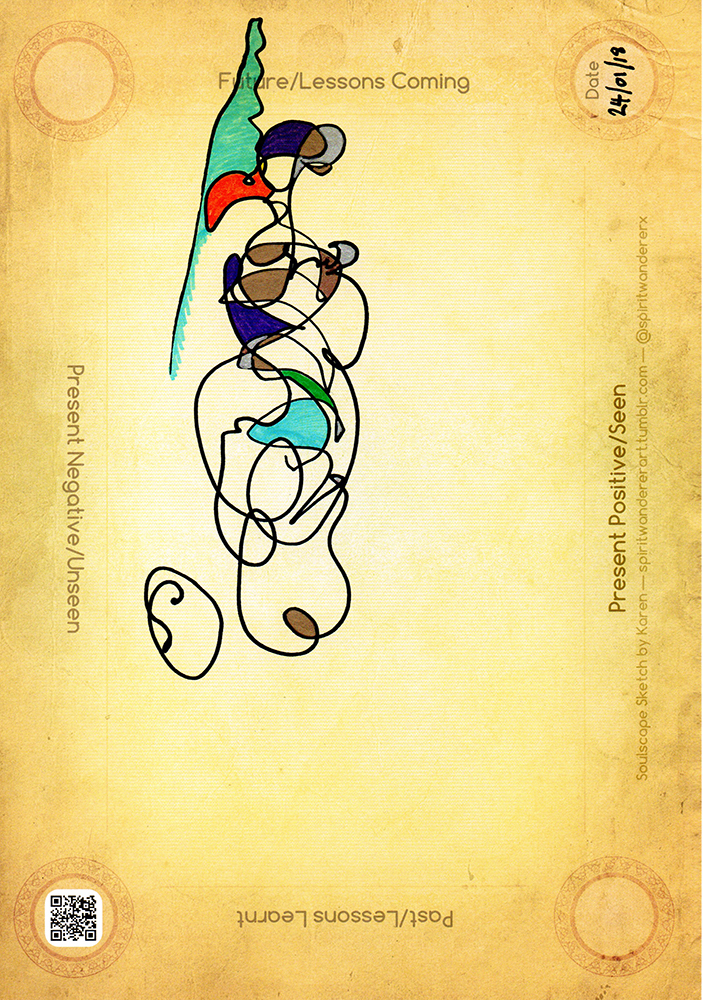 In this image I saw the picture of an entity from the spirit realm (no colour apart from a spirit seeing eye – like a cyclops) trying to gain more information about the new spirit realm/dimension it is soon to enter. However, due to being blind (no pupil to eye) it is receiving information via music heard (block of music to the left) and droplets of information from a creature looking like a bird that is sitting on top of its head that is looking into the crack leading to the other realm/dimension.

The entity sitting on the head of the cyclops, is dressed up to look like a bird. However, the orange beak it has appears to be fake and held on with string, and not really part of the creature. Although this creature is spiritual thinking based (purple head), it may be hiding its true face for some reason, so there may be an issue with slant of the information it is providing to the entity it is sitting on.

Some entities that will be entering our realm/dimension, due to a lack of sensory input (such as eyes), may have got their information from dubious sources who have their own bias and thoughts about this realm/dimension and passed it on. This may create fear and worry when they come through as their information will be based on those that have been mistreated by humans in the past.