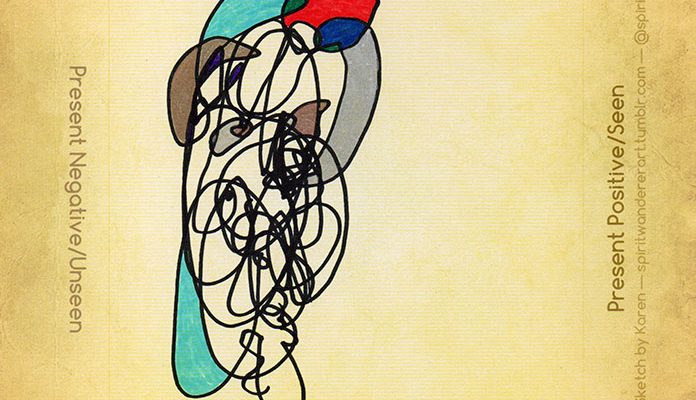 Watch the video of this sketch being done here:
https://www.pscp.tv/w/1lDxLkgleQPJm

This reading was inspired by the Blinded by Science book by Matthew Silverstone.

The overall theme of this reading: Plants (as well as crystals and metals) are entities that want to be acknowledged and talked to as well.

As I learned through “Blinded by Science” plants want to feel part of the family too. They like to be given warm water not cold, and see more frequency layers than humans do.

One plant seems to be older than the other. One plant is like a hopeful child with this new attention and differing of support. One looked to be actively praying for better conditions so hopefully the angels have managed to facilitate their wish.

I’m also too engrossed in my tablet. Apparently the plants think Frank is correct, I have been watching too many YouTube videos…

The spirits that came through to assist with this reading were the two plants (presenting themselves as two lively seven-year old girls) helped by Anise. 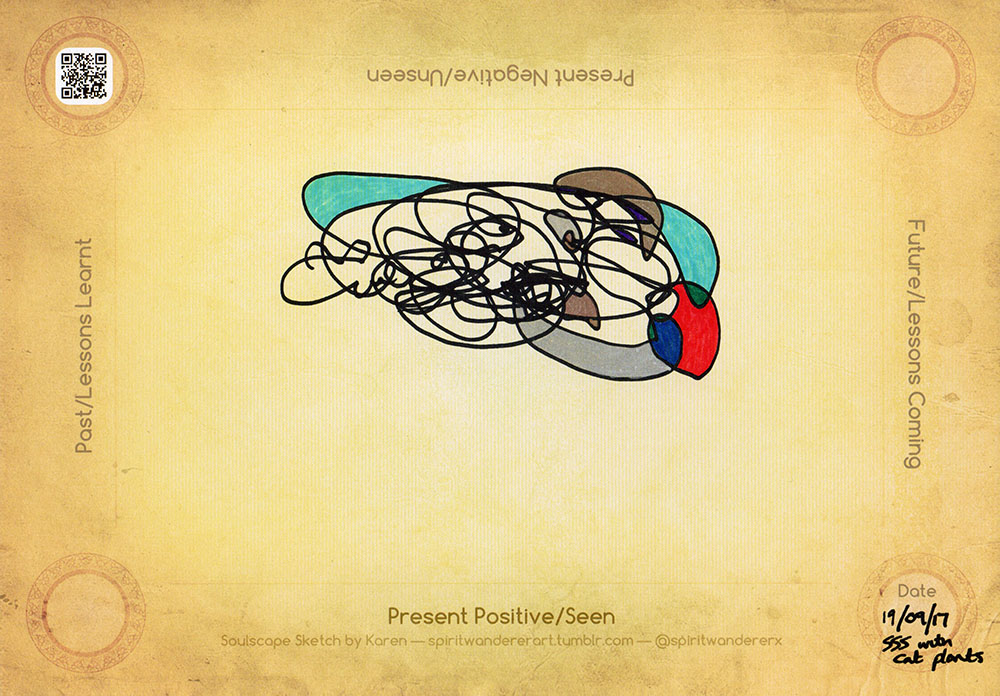 Connection between the realms/dimensions was not possible as the fairy figure was too engrossed in seeing what was on the silver tablet. The unseen figure expects acknowledgement from the fairy figure should they pass by them to get outside. The position of the figure from the unseen realm/dimension is similar to where the plants are placed near the patio doors. 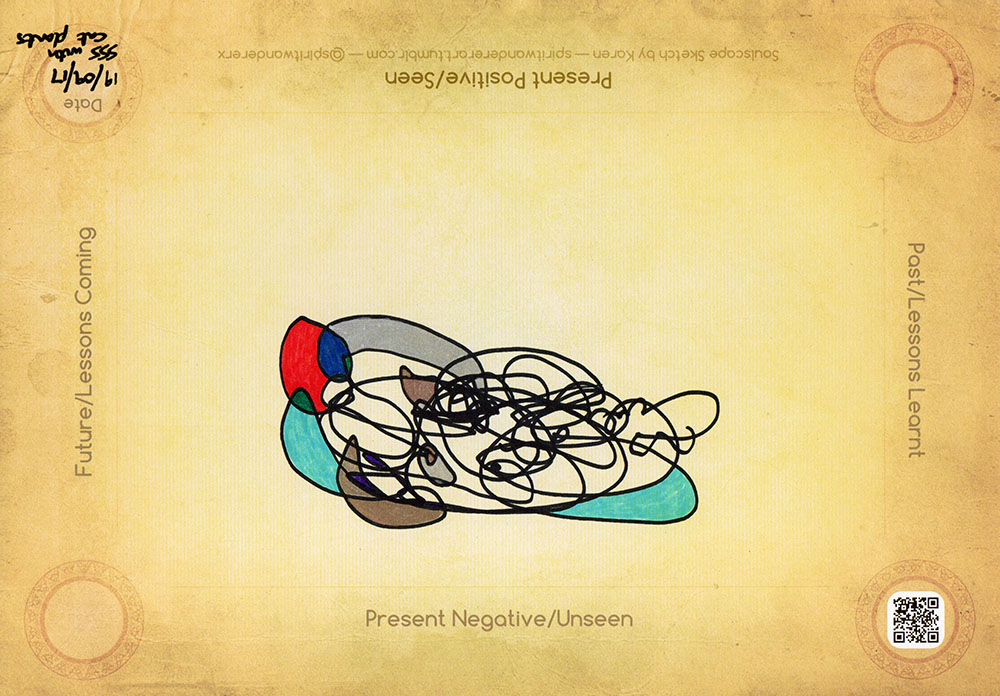 In this image I saw the picture of a two figures resting on a seating area, like the one that is on the patio that the plants can see. One figure wears a gnomish hat but is surrounded by a messy thought cage, the other figure has a large red hat and dark blue third eye. These figures are holding hands while both holding onto an electronic device. There are blobs of metallic and spirit that appear to be gathering around them, drawn to the electronic device in the middle.

What should be a relaxing time is being disturbed by having an electronic device nearby. It makes one figure unable to calm their mind, and draws more entities to the other figure due to the over active brain and enlarged (overstimulated?) third eye. 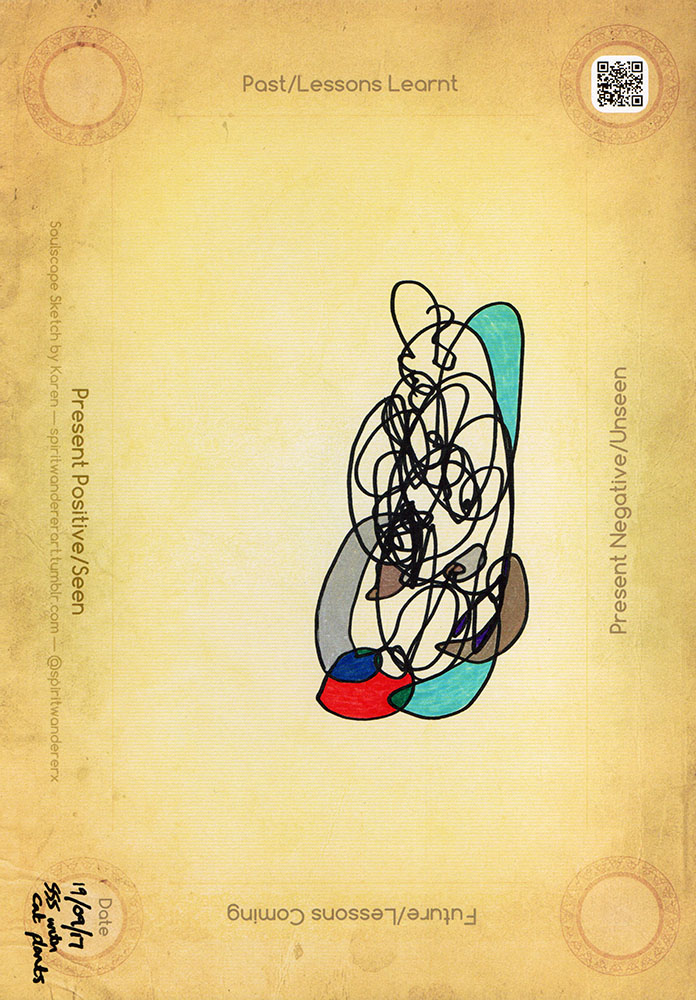 In this image I saw the picture of two figures that sat together with a begging bowl in front of them. The taller figure was sitting and praying and the smaller figure (with the face of a duck) looked disparagingly down into the empty bowl. Although they had some tools with them and access to the spirit realm (blue doorway behind) they still needed support. However, it differed how they went about this. One figure began praying for support, the other figure hoped it would be noticed how miserable they were.

More than likely this was one of the plants praying that I would learn to take care of them better! One plant continued to look alive, while the other looked very unwell. Although they were watered, it was cold water and they weren’t really welcomed as part of the family unit. 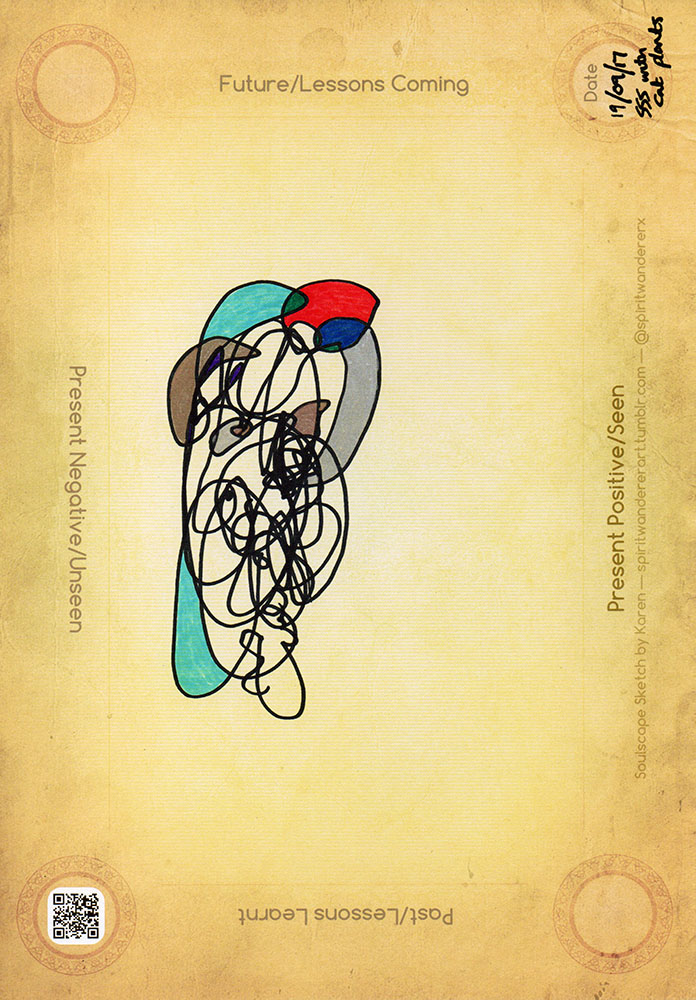 In this image I saw the picture of a smaller gnome like figure (centre of image) looking up in hope at the larger figure (with the red hat and blue third eye) that notices they’re there. The larger figure is starting to hug the gnome figure and there is a figure of a cat/rabbit face to the left (with purple tipped ears). There is also a smiling larger face (formed over the top of the gnome figure) looking up at the greeting party.

Acknowledgement and full welcome into the family. Feeling loved and cared for after feeling ignored.