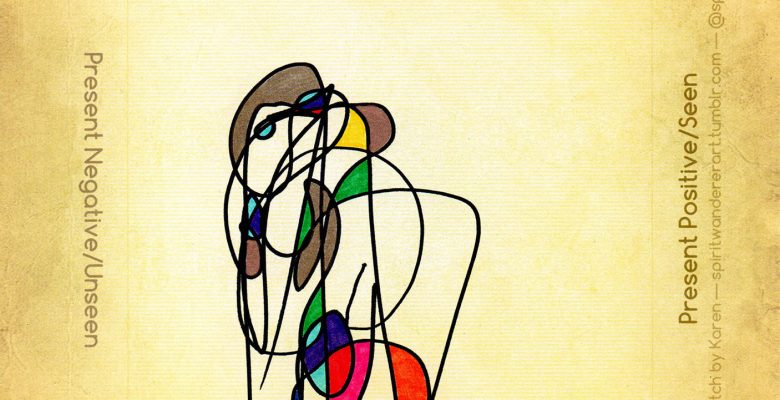 The video can be seen here:

The overall theme of this reading: We are heading in the right direction, where people with the right level of grounding, loving and spiritual awareness can speak out (but they are in their infancy). However, if they present themselves poorly they may be viewed as speaking out of their arse and not taken seriously. Even though these people are speaking from a place of spirit connection.

This new situation has come about through the loving spiritual connection embraced by previous generations. However, this achievement appears to have been done mostly on autopilot as a passenger on an animal that thankfully has been going in the right direction while waiting for the verbal instructions from its passenger. Directions must be given in a collaboratory way and in a language it can understand, as this creature cannot be forced to head in a given direction by reins.

NB (12/07/17): After completing the write up for this drawing (finally!) I think it may tie in with this information – Kryon talks about the Innate: https://www.kryon.com/CHAN2015/k_channel15_portland-15.html 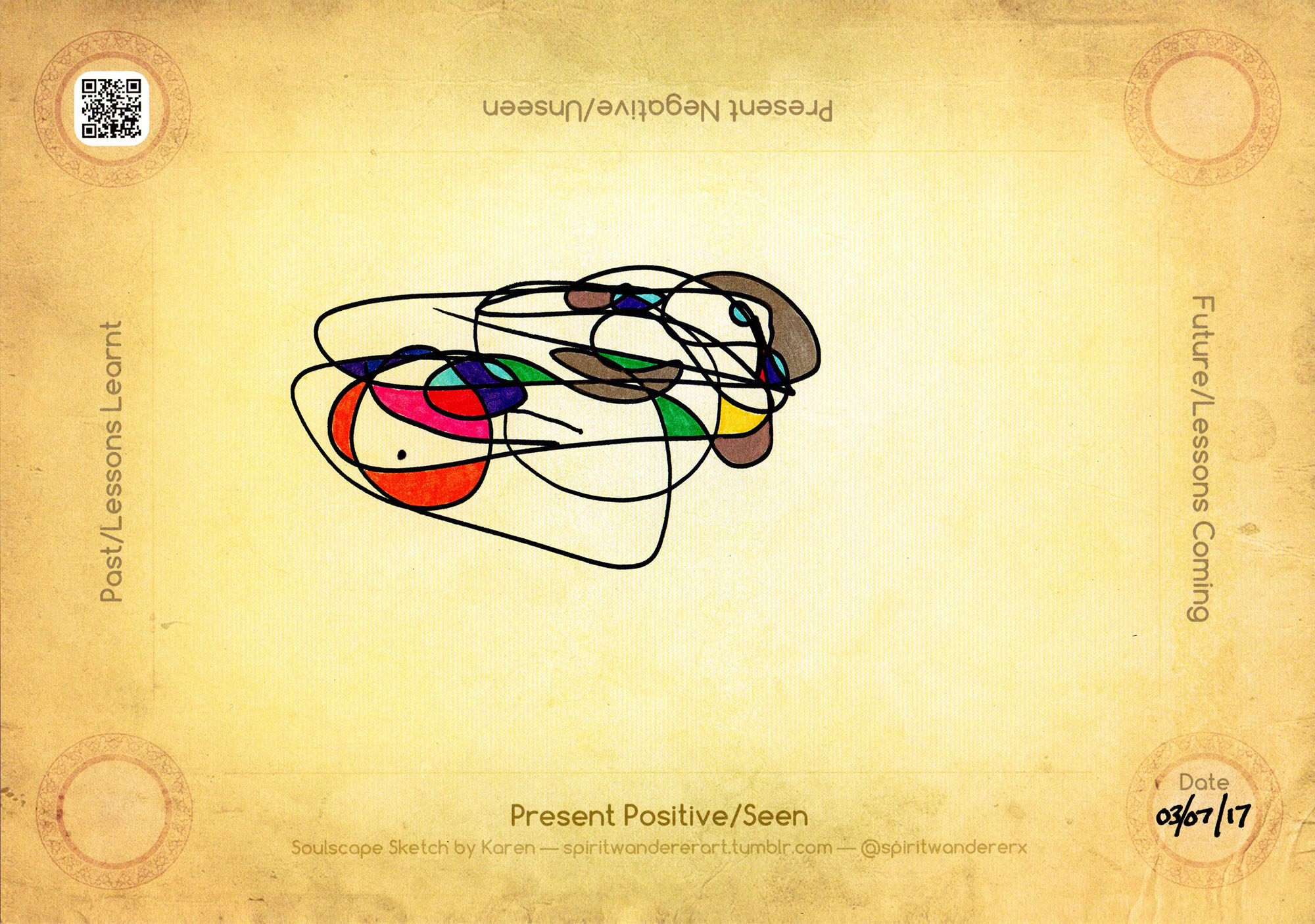 In this image I saw the picture of a couple cuddling in bed. Sensual pleasure focused, but with spiritual vision and thinking. Though this union a child has been created with grounded orange feet, expanded loving heart and spiritual thinking with its vision covered by psychic/spiritual filter (like a blindfold). It also is able to passionately and strongly speak about what it thinks and senses (red mouth area).

A love connection made with spiritual knowledge, produces children who are more grounded with balanced love and spirituality and who are not afraid to talk about it. 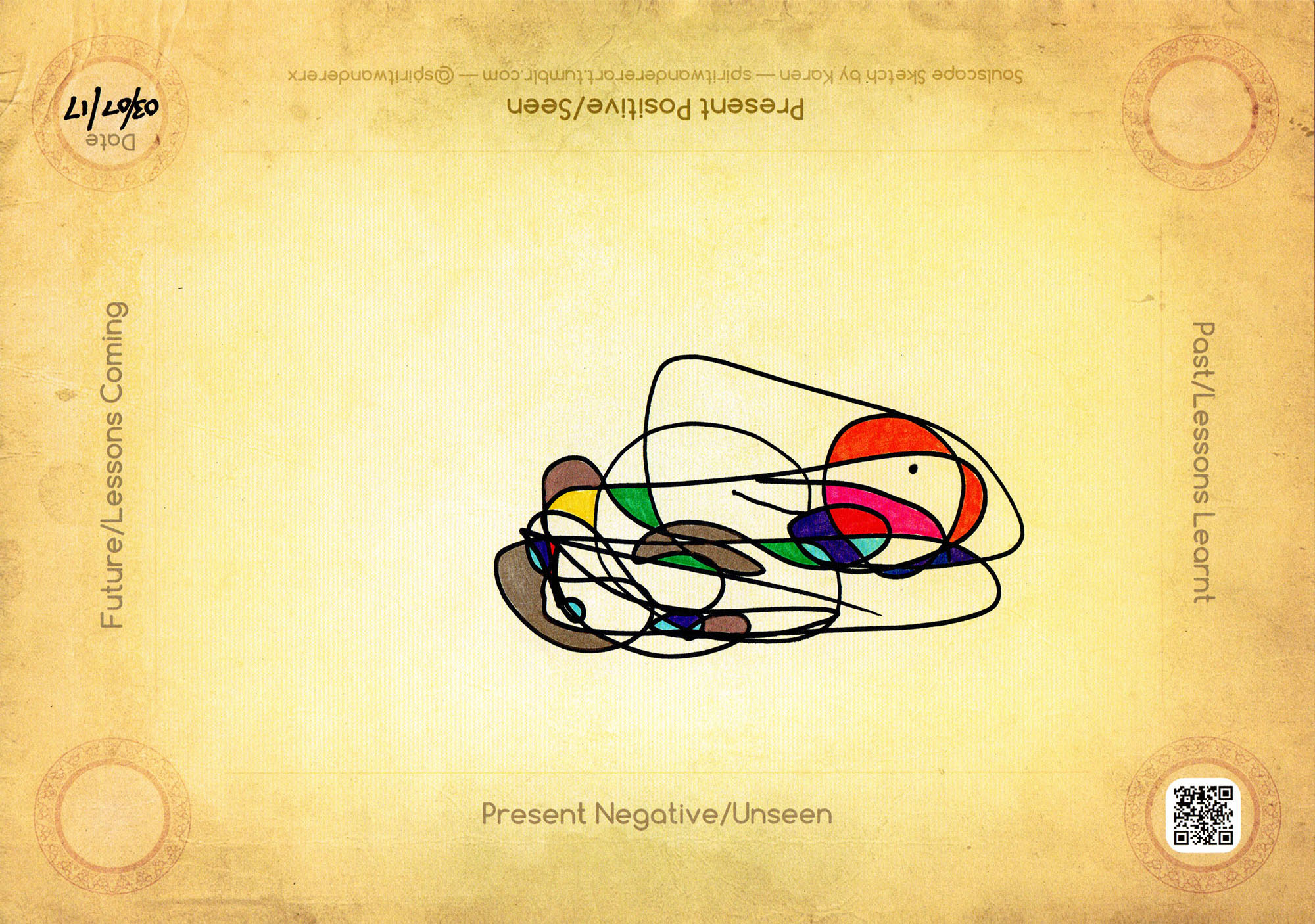 In this image I saw the picture of a simple cartoon face (with orange hair) who is talking out of spiritual vagina/bottom! This face is being watched by beings in the spiritual realm/dimension, who are not amused. These beings include a crystal skull and a warrior in a helmet. A spiritual team (that has come through a portal from a golden realm) is monitoring what childish things are being said (from a spiritual source) and preparing to take the action required to sort out this situation.

A self appointed person is speaking from a place of spiritual knowledge, but is presenting this knowledge is a way that looks childish (however, unintentional). This is putting most people off from listening to them as they appear to be talking out of their arse. Beings from the spirit realm/dimension are trying to address this issue.

In this image I saw the picture of a mature face that had two sides but the middle part was very open. Viewed from the sides the face seemed solid and covered up the simple mind that was underneath. However, when it was viewed head on, the two sides that were like walls could be seen. This figure looked into a mirror from the side that showed a face that was whole, so did not know that the exposed gap could be seen by others when it was viewed from a different angle.

Perspective. What may have seemed solid from one angle, appeared as flimsy and shallow covering walls from another. Although the figure itself was unable to acknowledge this from the viewpoint they were able to see from. 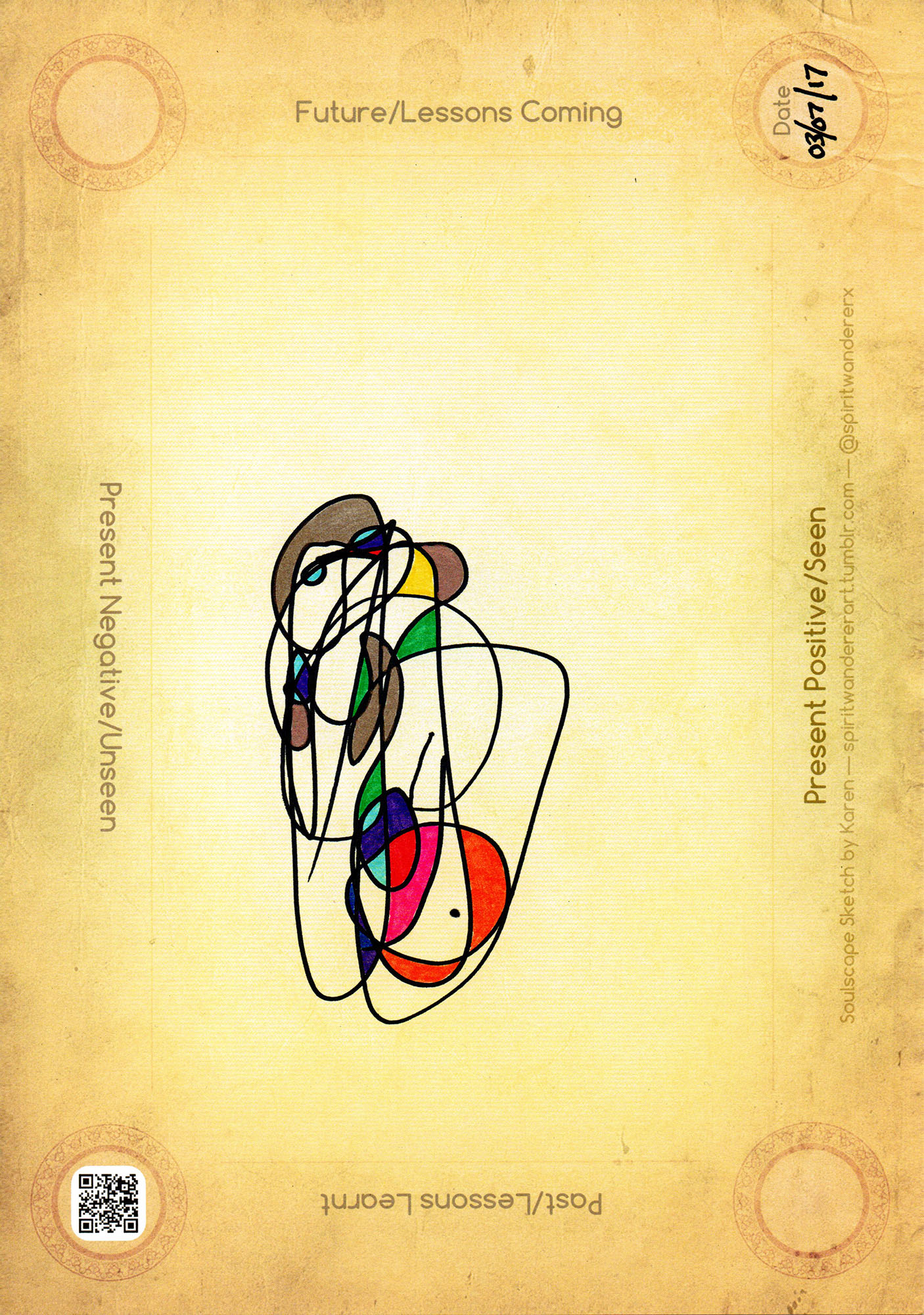 In this image I saw the picture of a toy/doll like figure being seated in a horse/camel like figure. The toy has been squeezed into position and is being held fast while being moved along (whether it likes it or not) by a cute animal who checks that the figure is safely on board. Both the toy (innocent being) and the transport animal have spiritual vision. The transport toy has an ear and is open to listening to where the toy/doll wants to go (as it is happy to follow directions), but won’t be steered forcefully.

The inner innocence is being transported on autopilot. However, the animal vehicle is open to hear suggestions and directions once people become more conscious of the fact that their inner selves are being transported in the first place. Directions will have to be voiced in a loving collaborative way, in a language the animal understands, as the transport animal is unable to be guided by force (by things like reins).