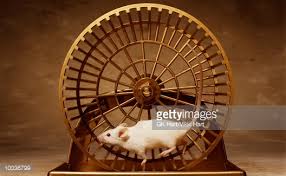 I thought I’d explain why it has been a while since I last did a monthly general Soulscape Sketch, or updated in a meaningful way.

By July 2016 I had a full time job that was becoming increasingly stressful. This meant that the spare time and energy I had to do the monthly Soulscape Sketches reduced dramatically. Over the months that followed I felt I was getting further and further away from what I loved doing and my health was being affected.

After mine and my husband’s second honeymoon at the end of September 2016, dramatic changes began to take place. I resigned from my job as they couldn’t offer me part-time hours. With the support of my husband I left in November. Not only was the stress becoming too much for me, my mother had also been diagnosed with cancer and I wished to be available to her and my family should they need me while she recovered from her operation and underwent treatment.

In December my husband was offered a job in Berlin. He was keen to go as he was becoming increasing unhappy with the way things were becoming in the UK.

I am so glad that I had the opportunity to spend December and Christmas with my mother and family. I also learnt a lot of new things during this time as I did odd jobs such as hotel housekeeping and customer service work. My mother was also able to pass on valuable advice as I prepared our property for renting out. Due to my mother’s funeral taking place just before we left, I managed to have closure with most of my extended family and friends as this chapter of my life ended.

So currently I have energy again to concentrate on my psychic work and soul purpose. Poe and Harlie are with us, and we have all settled in the Reinickendorf area of Berlin.

I am grateful for the technology that is available so that I am able to video call my family regularly, and for a husband who is fluent in German while I am learning as fast as possible!